Nathan’s love for the building and construction industry started at a very early age. At the ripe young age of 14, Nathan commenced his Carpentry apprenticeship which he completed in 1994 and went on to work for the family building business, Davcol, where he worked alongside his father and business partner, Steve for many years.

Keen to build upon his knowledge and expand his skill base, Nathan worked as a Carpentry Contractor across the Gold Coast and Brisbane, working for many reputable building companies and building his carpentry experience and portfolio.

In a bid to further his education and credentials, Nathan then went on to complete his Diploma of Building in 2000, followed by a stint overseas where he continued to work and research international design, building and construction styles and practices.

Nathan returned to Australia where he bought his own vision to life and established his own building company, Measured Up Builders in 2003. Nathan has built his Measured Up Builders’ team of skilled trades whom he has worked with over many years, which is testament to their quality workmanship and attention to detail.

In 2007, Nathan and his wife Clare decided on a sea change and moved to the Tweed Coast to start a family and together have taken Measured Up Builders to the next level. Nathan has gone on to build a portfolio of many beautiful homes including the highest ticketselling Boystown (now yourtown) Christmas raffle home in December 2014 and is now one of the most renowned luxury home builders on the Gold and Tweed Coasts.

When not on the jobsite, Nathan is out surfing the break right outside his Casuarina home and spending quality time with his wife and two boys. Settled on the Tweed Coast for the long foreseeable future, Nathan and his family have nowhere else they’d rather be.

SEE WHAT OUR
CLIENTS HAVE
TO SAY 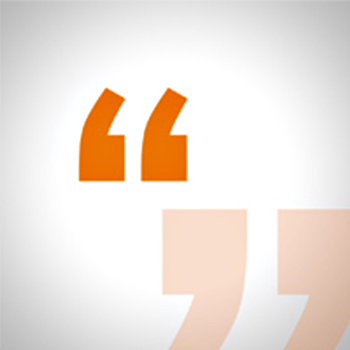 Jay and I would like to refer you to use Measured Up Builders for your next project. We too were referred for the build of our new home and are very happy with our choice of builder. Measured Up’s quoting system stood out from the other builders from the outset with everything itemised so that we could understand exactly where our money was going...

Our beautiful beachfront home was built by Nathan Johnston and Measured Up Builders. True to their client driven focus, nothing was too much trouble. From getting the plans approved by council to final occupancy certificate, Nathan went out of his way to make the building process as smooth as possible...

We would like to thank Nat Johnston and his team for building our quality home at Salt. Having built one house before with a project home builder, when Nat told us he could build our home in 15 weeks, we were a little skeptical. But to our surprise, not only did Nat finish our house in the time he quoted, the quality of workmanship is second to none...

We have now settled into our beautiful new home and want to thank you and your team for making this build a remarkably stress free event. We had heard some nightmares from friends who had built so we were preparing ourselves for the worst, however nothing was too much trouble for you...

We would like to thank Nat Johnston from Measured Up for building a beautiful beach house for us. Nat is very easy to deal with and communicated well through every stage of the build. Nat also came up with some terrific solutions and ideas to enhance the project. Nat is a perfectionist and all of the work undertaken was top class with beautiful finishes...

After moving home several times in as many years we were determined make our next move our last move, and in doing so incorporate much personal experience and learning into what we planned would be a family home to cater for us for many years to come; adaptable to our circumstances as our kids grew and our needs...

We started the design process of our home approximately 18 months ago & met with several builders before deciding on Nat Johnston of Measured Up Builders. From the minute we met with Nat, we both knew he was someone that we could work with on a daily basis & from then on a great relationship developed, his personalised service is second to none...

Just a short note from Yvonne to tell you how impressed we are at the superb job you did on Matthew and Catherine's new house at 13 Sandpiper. I was particularly impressed with your oversight and management of the sub-contractors, the clean and tidy state of the completed building, and the impressive attention to detail...

To receive the latest news and to view our most recent completed projects.